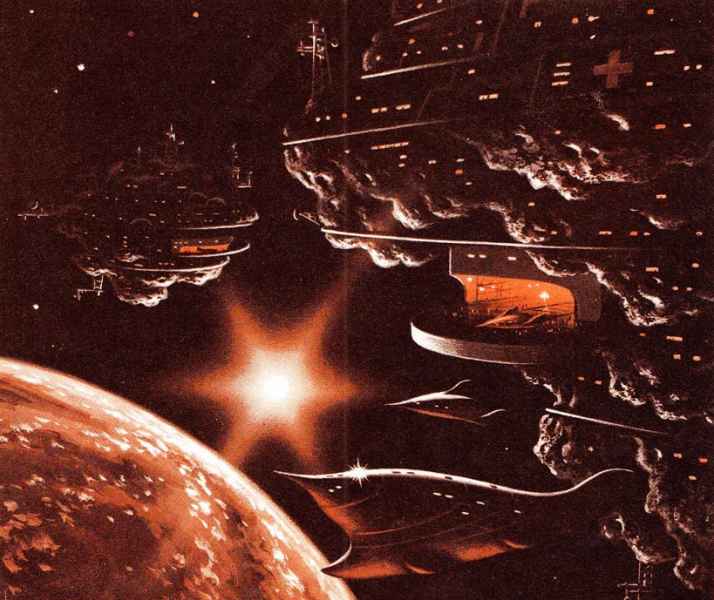 I, GoodETxSG will be in attendance (In the audience) and look forward to this researchers ground breaking new information from a number of new insiders and whistle blowers. For those who cannot join me please catch this excellent presentation online via Live Stream!

In the last four months, our knowledge about the secret space program has at least quadrupled, thanks to the arrival of new insiders. Now, for the first time ever, you can see David's keynote address at the Conscious Life Expo by livestream video!

QUITE A MIND-EXPANDING BODY OF INFORMATION
Extraterrestrials have been visiting and settling on Earth for millions of years.
Functional portals have existed on earth, both natural and artificial, allowing ETs to visit earth humans at various times. These legends have since become myths of phenomena like "fairy rings."
Our own people have had alliances with various ET groups for millennia -- but up until the 20th century it was only a one-way street. They visited us but would not bring us home.
The Germans were the first to secretly develop space travel capability beginning in the 1930s, thanks in part to a newly-minted alliance with certain ET groups that most would consider highly negative.
Once the Germans found out what kind of neighborhood it was, they wanted to side with the toughest kid on the block for protection.

FIVE MILLION YEARS OF HISTORY
It was through this early effort that humanity discovered, firsthand, an incredible secret: Our solar system has been repeatedly colonized by ET groups for at least the last 5 million years.
The oldest groups were the most advanced -- and stood at an astonishing 70 feet in height.
This was not only something we were told, it was something we were able to go out and see -- with the technology we had been given.
Our solar system is littered with ruins of these ancient peoples, called names such as The Progenitors.
They primarily built beneath the surface of moons and asteroids for their own protection -- both against enemies and natural cosmic events as well.
There is an astonishing wealth of highly advanced ancient tech everywhere we look. This is one of the great secrets of our time.

THE "ILLUMINATI" CLAIM TO BE DESCENDANTS OF ONE OF THESE GROUPS
More and more people have come to realize that there is indeed a powerful, worldwide group that calls itself the Illuminati.
Arguably, the greatest secret of the Illuminati is that they consider themselves to be the descendants of certain ET human groups that arrived in the fairly recent past.
Originally, their descendants were the giants -- and the knowledge and scholarship on this subject is growing exponentially thanks to the Internet.
The amount of evidence for giant skeletons -- ranging from a 9-foot group to a 12-foot group to a 25-to-30-foot group -- is quite significant.
Much of it has been suppressed in order for this secretive organization to hide its true nature from the public.
However, thanks to a variety of new leaks, we are learning much more.

WE HAVE BEEN VERY BUSY
This has been a very exciting time. Years can go by with no new insiders of any real significance arriving.
I have always held onto a great deal of information that is not public in order to assess who is real and who is just compiling what they have read online or heard from others.
Sadly, there are an ongoing number of people doing this, including in the present -- and some of them can be quite convincing.
However, when someone starts saying exactly the same things we've heard from as many as five other people, independently, and have never published, that catches our attention.
Once new insiders show up who pass the vetting-out process this extensively, we always feel an urgency to get as much intel out of them as possible, as quickly as possible.
So, between feverishly learning visual FX for our upcoming push into video work, and absorbing as much insider info as possible, we have been very busy. Not a minute's time has been wasted.

LEAKING IT ONSTAGE FOR PROTECTION
So here's what is happening. I am going to leak some of the story in front of a large audience at the Conscious Life Expo for my own protection -- and for your enjoyment.
Once this is done, it will be safe to talk about this as the genie will now be about of the bottle.
In the future this material will find its way onto this site, but for now this is how we have decided to release it -- at the keynote address I am giving at the Conscious Life Expo.
You can order livestream tickets and watch the event -- either while it is happening or for the next 10 days after the fact.
If you can't afford this, remember that we have the number-one show on Gaiam TV, with well over 100 episodes now in the can, and you can see any of them you want on a 10-day free trial at wisdomteachings.com.
I hope to get back to more regular posting and "long form" content creation in the near future!

A BRIEF FIVE-MILLION YEAR HISTORY OF THE COLONIZATION OF OUR SOLAR SYSTEM
Dramatic new insider testimony, from the highest levels of the classified world, has finally shed light on the greatest mysteries of who we are, where we came from and how we got here.
After 18 years as a public figure on the internet, David Wilcock has built an extraordinary connection of insiders, including those who worked for many years off-planet in the "Secret Space Program."Through combining multiple, interlinking testimonials, combined with the groundbreaking history revealed in the Law of One series, it is now possible for the first time to reconstruct the settlement of our solar system.

Learn the epic and incredible story arc that ultimately led to Earth being colonized by extraterrestrial beings -- and the massive wars that wiped out all but a small number of their descendants, who lived on as 12 to 13-foot giants until as recently as the 1700s.
Scientific evidence will be presented as often as possible -- including remarkable NASA photographs suggesting where the ruins of these lost civilizations may still be found.CLICK HERE TO ORDER THE LIVESTREAM![Livestream archived video available for 10 days after event]
MONDAY NIGHT EVENT AS WELL
If you are fairly local to the Los Angeles area, we are also having a post-conference event on Monday night.
Even more of the fascinating body of information we have gathered will be shared at this event -- regarding the ever-controversial subject of Ascension, and whether it will be spontaneous or gradual.
This new insider testimony has very significantly increased the case for the spontaneous ascension model. This is something I will be having far more to say about in the near future.
This event is not part of the Livestream "virtual conference" program.
Here is the description of the post-conference for those who are in the area. We will also be presenting more of this material at the upcoming New Living Expo in San Mateo, California -- near San Francisco -- in late April.

YOUR ASCENSION CAN SAVE THE WORLD
What if there is a plan and purpose for your life? What if that plan and purpose is much more vast, supernatural and fantastic than anything ever seen or heard in mainstream, consensus reality?
What if our world is a vast, spiritual illusion, inviting you to penetrate its mysteries and evolve into an entirely new and higher form of life?
This is not speculation, nor superstition. Join double New York Times best-selling author David Wilcock (divinecosmos.com) on a spellbinding journey of the mind and heart. Learn your true potential – and unmask the villains who have been working for thousands of years to keep you ignorant and terrified.Over 30 ancient prophecies from around the world revealed that this time in our history is the culmination of a 25,920-year cycle. The events we are seeing on earth are all part of a structured, marvelous process whose purpose is to springboard us into the next level of human evolution.Quantum “threshold” effects could fundamentally change the nature of reality as we know it – and the mystery begins and ends with you. Simply exposing yourself to this “living information” can be enough to  propel you into the truth of who and what you are.