Update on the latest conference negotiations between the Secret-Space-Program Alliance and the human "Committee of 200 " elites. 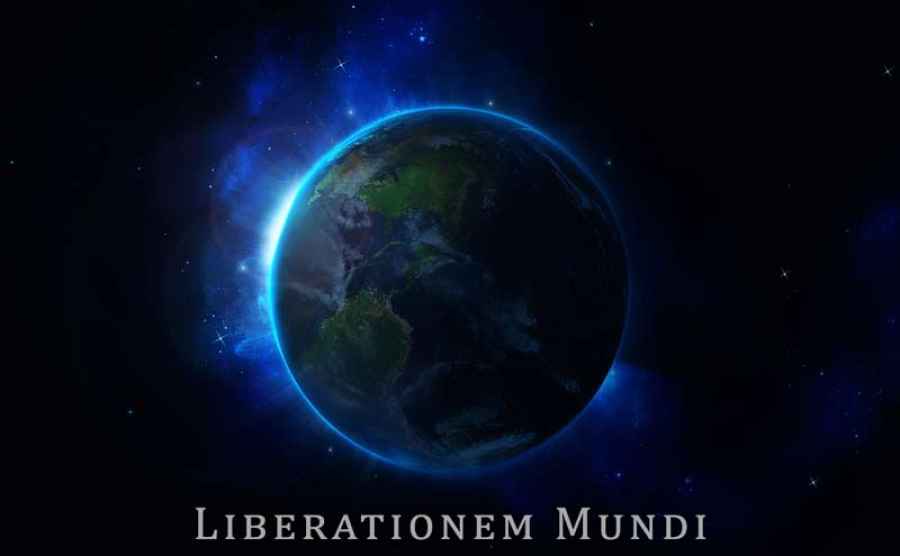 I awoke after a pale blueish and pink light penetrated my eyelids as I was laying down in bed. I had gone to bed extremely early the day before and was exhausted from being outside of the house for an extended period of time since my surgery. I had been at the swimming pool with my family and was wearing shorts and a tee shirt so I quickly put on some jeans, polo shirt and shoes. I indicated as I usually do that I was ready by lifting my arms up and out slightly and mentally letting the orb know to begin the process of transporting me. The blue/indigo orb had patiently been zig zagging around my room. It then zipped to within 18 inches of my chest before rapidly expanding to where I was then floating and centered inside of it. It then zipped through the wall and a moment later I was in a stone room that had a slight smell of wet masonry. Almost immediately another orb appeared and the person from the SSP Alliance that I have come to know well was standing next to me looking around. David Wilcock and I call him by another name that is similar to his actual name, “Lt. Col. Gonzales”. Gonzales was the SSP Alliance Councils first choice as the “Sphere Being Alliance Delegate” before the Blue Avians had communicated directly to him that they wanted me by name to occupy this position. It turns out that he has been in contact with the Blue Avians almost the exact same amount of time as I have. Since that time he has been made my point of contact with the SSP Alliance and I report directly to him and he to I on things related to the Sphere Alliance and SSP Alliance relations.

He asked me if I had spoken to anyone yet and I told him that I had just arrived moments before he had. He then told me that this was a conference of various human elite groups that represent the Secret Earth Governments and their Syndicates. He said I would recognize the members of the “Committee of 200” members that had been present at the Draco Alliance Conference (Draco White Royal) and who were the “Earth Delegates” at the recent “Human-like ET Super Federation Conferences”. No other groups were mentioned and no other information was given (this is not uncommon).

He opened the heavy wooden door and there were 4 men in suits sitting on 2 wooden benches waiting for us. They screened us with metal detector wands and escorted us down a hall of other neatly carved wooden doors that reminded me of a castle. We entered into a wider hall area that was more like a foyer or reception area that had tapestries hanging from the walls and there was a crucifix on the wall at one end of the hall. There were 3 sets of tall double doors along this hall way and we were brought to the set of doors in the middle where we could hear the sound of a lot of voices and movement on the other side.

We heard what sounded like a gavel bang 3 times and it became quiet. There was then one voice either making some announcements or introductions, the doors were opened and we were then brought into the large cathedral like room. It looked like an extremely old church setting and all of the benches were nearly full with people in various styles of suits who were obviously from many different nations of the world. As far as we could tell everyone present was completely Earth human. There were too many people present to count and there was just two of us. We were brought up on the platform at the front and walked up into a balcony that overlooked the rest of the people and the platform (Stage with a podium). There were microphones with flip switches in front of each of our seats.

This meeting had appeared to have been going on for some time before we arrived. There were several people that stood up at the podium that spoke in other languages that I did not understand. Gonzales understood the person from Spain and some of what the Italian person was saying. It appears they were finishing up what they were doing before we arrived. After the last person had spoken there was a person that then stood at the podium and said something that may have been in Latin and then struck the podium 3 times with the large gavel. He left the podium and then a person that we both recognized came to the podium and began to address Gonzales and myself. They stated that an agreement had been struck with some of the elements of the Earth Alliance and that they hoped the same could be done with the “Cosmic Alliance” (I had not heard this term used before). They said because of recent events that a rift had developed between them and their former off world leaders and the deceptive ancient human groups that many of them had considered gods.

They stated that they had been forced through generations of mind control and threats to do all of the things that they had done. They further stated that they would prefer to work with the Alliances in setting up a new financial system that was fair to all of humanity and to begin a controlled disclosure that would not expose certain crimes and incidents that would incriminate them in their life time. They stated that they believed that this information would also contain too much negative details in a short time for the average person to deal with. They stated that because of people's religious beliefs and the paradigm that had been created by those currently in control that a sudden release of this information would lead to riots and suicides on a mass scale. Taking all of that in consideration they proposed that a plan be agreed on that allowed the release of certain information and technologies while withholding the majority of information for a 50 year time period.

At this point Gonzales and I were just sitting and listening to them speak. Then the person speaking directed his attention to me and said my full name. He said that out of a “Good Faith Act” that they had left me and my family alone. They said that they keep tabs of where and what we are doing at all times and if they wished to harm us they could have chosen to do so at any point.

At this point I became extremely upset and leaned forward and held down the button on the microphone and angrily said “That sounds like a veiled threat to me!” I was very upset and starting to shake when Gonzales put his hand on my shoulder.

The person at the podium seemed pleased and stated that they could have harmed me or Gonzales in his established cover life if they had wanted and they had chosen not to. I looked at Gonzales and from his expression I then realized that they were trying to get a response out of us. Gonzales is much more diplomatic than I am and seemed to handle things in a more stoic way than I had. See this caused me to calm down and regain my composure.

The person at the podium then asked that there be no more Alliance Disclosures through myself or the people I am talking to including David Wilcock until after an agreed upon date in late November of 2015. They said that a well-known public servant would be sacrificed in the operation to implement their plan for an incremental disclosure.

At this point the person at the podium stated that they thought it would be wise if we would end this meeting and meet again at a later date after a cooling off period and we had a chance to bring this proposal to our superiors. They thanked us for attending and he ended the meeting with another latin-type phrase and striking of the gavel. We were then escorted back to the same room where we had arrived. Gonzales stated to me that they were obviously attempting to buy more time and that there was something bigger going on than we knew about. He was about to say something else when 2 orbs came through the wall and started zipping around the room and them repeated the process of picking us up. Moments later I appeared on one of the spheres again where “Raw-Tear-Eir” was waiting. Through the wall of the sphere I could see the spheres in the distance reacting to a new wave of the cosmic tsunami waves that were coming in.

I had a short communication with “Tear-Eir” where as usual I began to report what happened and he interrupted me by raising his hand. He then communicated that much of what we call "Full Disclosure" is not in any one group's hands. As more of this info is reported by "US" that the more it awakens people and enters their mass consciousness. That the awakening population and their mass consciousness/co-creative abilities will determine when or how soon some of these events occur. He further communicated that we should keep up what we are doing and keep the information flowing at a high rate through trusted sources. As this information spreads among the awakened and awakening the quicker we will cause the timeline of disclosure to happen with the power of the mass consciousness that we still do not fully understand. I was then taken back to my room where the clock showed I had been gone for 3 minutes. I tried to sleep for a couple of hours and then got up and gave David Wilcock a report in Skype and then made a small post on Facebook letting people know that this meeting had occurred.

The meeting with the ICC (Interplanetary Corporate Conglomerate) on one of their Mars colonies is still being negotiated. I will announce the details of that meeting once they are given to me and I am told what I can announce and when I can announce it.